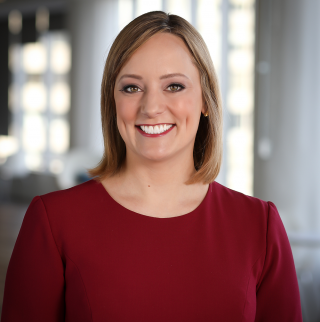 Palmer is a New York Times best-selling author who has been writing about congressional leadership, the lobbying industry, presidential campaigns, and the politics of governing for more than 15 years. She is the cofounder and CEO of Punchbowl News. Named after the Secret Service’s nickname for the Capitol, the company covers congressional leadership and the White House, and tracks the industries and companies trying to influence them.

From 2016 to 2020, Palmer was coauthor of the top-rated POLITICO Playbook franchise. Under her leadership, the platform more than doubled in revenue and tripled its readership. She also cocreated a widely acclaimed daily podcast, afternoon newsletter, and event series interviewing top political and business leaders across the country. Palmer joined POLITICO in 2011 as senior Washington correspondent. She also led Women Rule, a platform aimed at expanding leadership opportunities for women, and hosted the critically-acclaimed Women Rule podcast.

In speeches, Palmer offers a candid analysis filled with colorful anecdotes about what’s driving politics and policy inside the nation’s capital. She has a unique perspective that comes from more than a decade of covering Congress, political campaigns, the White House, and working in the Washington press corps. With incomparable access to the highest offices in Washington, Palmer is an expert on the policies, players, and personalities driving politics today.

In 2019, Palmer co-authored The Hill to Die On: The Battle for Congress and the Future of Trump’s America—the inside story of Congress in the first two years of Donald Trump’s presidency.

Prior to joining POLITICO, Palmer covered House leadership and lobbying as a staff writer for Roll Call, and got her start in Washington journalism as a lobbying business reporter for the industry newsletter Influence. She has also worked at Legal Times, where she covered the intersection of money and politics. A native of North Dakota, she is a graduate of St. Olaf College.