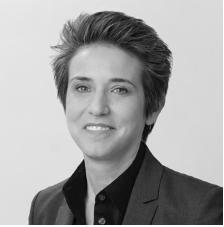 For more than 20 years, Walter has built a reputation as an accurate, objective, and insightful political analyst with unparalleled access to campaign insiders and decision-makers. She is the publisher and editor-in-chief of the nonpartisan The Cook Political Report with Amy Walter, for which she analyzes the issues, trends, and events that shape the political environment. A contributor to the PBS NewsHour, she provides weekly political analysis for the popular “Politics Monday” segment. She also is a regular Sunday panelist on NBC’s “Meet the Press” and CNN’s “Inside Politics,” and appears frequently on “Special Report with Bret Baier” on Fox News.

From 2017 to early 2021, Walter hosted the nationally syndicated program “Politics with Amy Walter” on The Takeaway from WNYC and PRX. She’s also the former political director of ABC News. She previously was the editor-in-chief of The Hotline, Washington’s premier daily briefing on American politics, and provided regular analysis of the national political environment in her weekly National Journal column. Walter has provided election night coverage and analysis since 1998 and was a member of CNN’s Emmy Award–winning election night team in 2006.

Walter was named one of the “Top 50 Journalists” by Washingtonian magazine and one of the most powerful people in politics by George magazine. She also won the Washington Post’s Crystal Ball Award for her election predictions.